Child-directed speech from the Manchester Corpus

An important task faced by children during language acquisition is the formation of syntactic categories from individual words. Distributional cues such as frequent frames have been proposed but their utility under realistic learning situations remain unclear. Since frequent frames are lexical, they result in a proliferation of word classes that do not correspond to recognized syntactic categories. Thus, we propose the Category Frame Learner (CFL) model which uses the Tolerance Principle, a mathematically precise method of language learning, to combine lexical frames into category frames defined over syntactic categories.

This work was presented at a poster session of the Boston University Conference on Language Development (BUCLD) in November 2021 and as a talk at the Linguistics Society of America Annual Meeting in January 2022. You can view the BUCLD video overview here and the poster here.

This project will appear in the proceedings of the BUCLD later this year. An earlier version of a manuscript for this project can be accessed here

This project began as part of my summer 2021 internship at the Stanford Language and Cognition Lab. Many computational models of cross-situational word learning have been proposed, but there is a lack of systematic comparison across a wide range of studies. This study aims to address this gap by performing a large-scale comparison of several models on naturalistic data. I expanded this project from using adult experimental data to child-directed corpora. Moreover, I implemented a new method for generating annotated corpora for cross-situational word learning experiments from CHILDES transcripts. 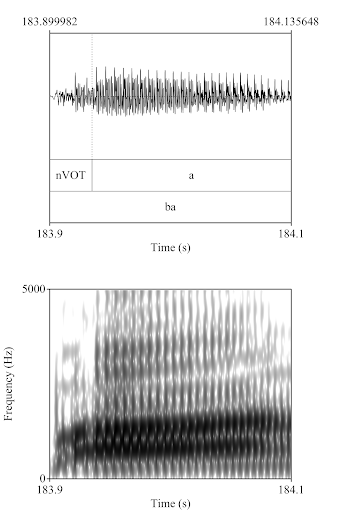 An implosive-like stop in Q'eqchi'

Glottalic stops - namely ejectives and implosives - exhibit very different characteristics acoustically. Nonetheless, languages which contrast them are typologically rare. In Mayan languages, glottalic stops are typically ejectives; however, bilabial and uvular stops can vary between more ejective-like and more implosive-like realizations. Thus, we examined audio recordings from the UCLA Phonetics Lab Archive to explore whether the realization of glottalic stops in Q’eqchi’ varies systematically based on phonetic context or by speaker.

This research was presented at a poster session of the meeting of the Acoustical Society of America (ASA) in December 2019. You can view the abstract here and the poster here. 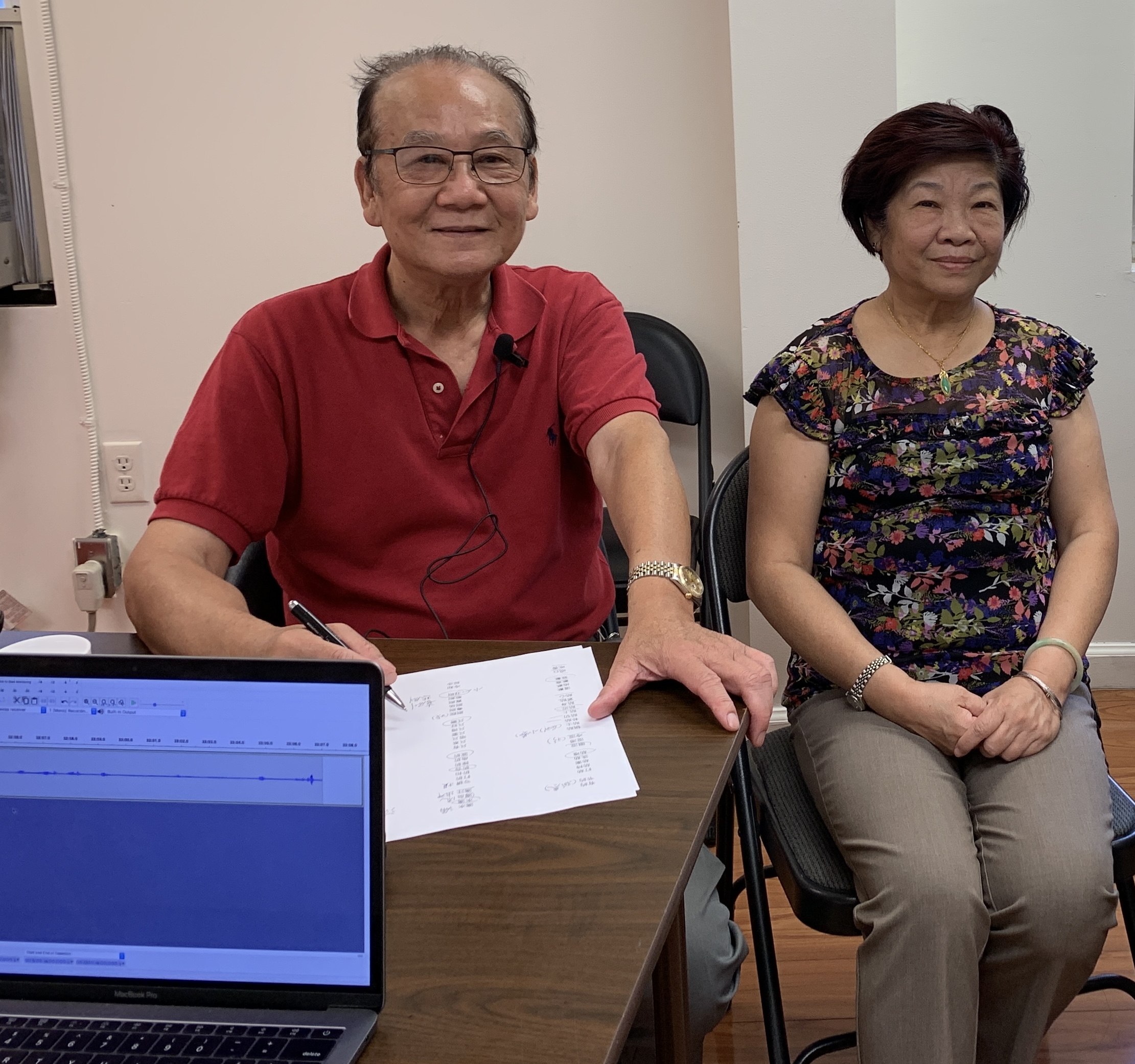 Taishanese is a Sinitic language spoken in Southern China with five phonemic tones: three of which are level tones and two are falling. A “changed tone” process has been observed in the language wherein the tonal contours of the underlying tones can be modified. This project focused on one specific type of “changed tone” where a level or falling tone is realized as a rising tone - which does not otherwise occur in the language. Using field recordings of Taishanese speakers, the result is an optimality-theoretic analysis of the phenomenon. In this analysis, I propose a new constraint restricting consecutive level tones of any kind.

This project was originally to be presented as a talk at the Penn Linguistics Conference in March 2020 which was ultimately cancelled due to COVID-19. You can view the abstract here.